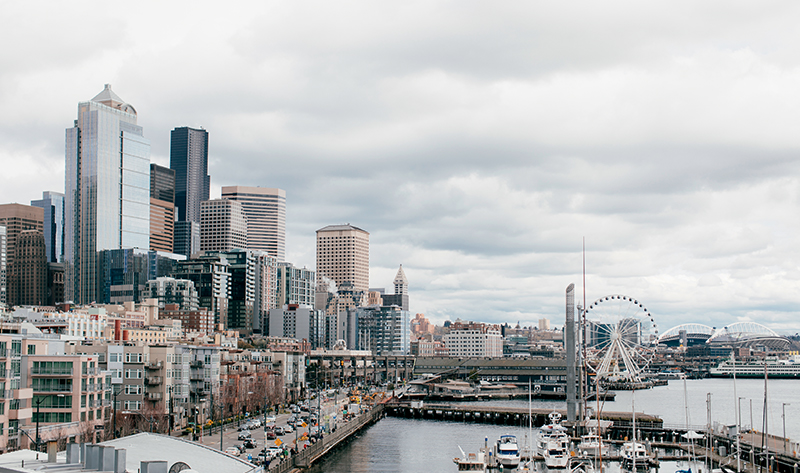 It’s funny – while Seattle (our hometown) is famous for its rain, it actually doesn’t rain here as much as you’d think. We get less rain than New Orleans, and have fewer rainy days than Buffalo, N.Y.

In fact, when Seattleites think of weather, we often think of windy days. The Emerald City may not be the Windy City, but our location behind the Olympic Mountains and beside Puget Sound creates quite the rush of air, as explained by weatherman/local hero Cliff Mass.

You can especially feel the wind in the city’s largest park, Discovery Park. Discovery Park is located on a bluff overlooking the water; the ground used to be an old military post called Fort Lawton. The views are spectacular, but you’ll want to put on an extra layer to appreciate them!

Naturally enough, the layer we recommend is the one we named after the park: the Discovery Windblock Jacket.

It’s a bonded, dual-layer piece that fuses cotton and fleece with a laminate that provides great wind resistance. It’s the ideal windbreaker for urban adventures.

Besides the views, you can also enjoy boating and pickleball at Discovery Park. Speaking of which, here’s another bit of local pride – did you know pickleball was invented outside Seattle? It’s true.